Can You Expect a Pandemic Office Return? Not So Fast

In March of 2020, the Covid pandemic was just starting to pick up steam. It wasn’t clear then how bad it might get, but it’s fair to say that most people, experts included, would have predicted that we’d be back at the office and back to something like normal life some 18 months later.

But then came the extra-contagious Delta variant, arriving in the midst of widespread vaccine resistance and all manner of opposition to almost every precaution medical science had to offer.

At this point, returning to the office or to life as we once knew it are issues that don’t have clear resolutions. The overriding theme these days, a year and a half into the Covid mess, is ongoing uncertainty.

That uncertainty applies even in the short term, and even in the minds of the most knowledgeable among us. Less than two months before Thanksgiving, Dr. Anthony Fauci was asked about gathering for the holidays. “Too soon to tell,” he said.

Businesses have found themselves in a similar place, with companies postponing office returns and sticking to flexible approaches as much as they can. For businesses, there’s an overriding issue with respect to vaccines and testing as well.

Early in September, the White House announced a mandate that would require companies with at least 100 employees to require vaccination or weekly testing, but the terms of that mandate are up in the air while OSHA does the relevant rule-making, dealing with issues like timing, enforcement, and exactly who is covered.

The United States is hardly alone in its state of limbo. Australia and New Zealand both have had relative success against the pandemic – with the emphasis on relative – but both are treading carefully.

Australia announced that international tourists would have to wait until sometime next year before they’d be welcomed. New Zealand, which had been pursuing a “zero-Covid” policy and doing remarkably well with it, has retreated from that and has been gradually opening up a country that has endured the most “locked-down” of lockdowns. In the face of the Delta variant, it seems that China is the only country that is still sticking to a zero-Covid approach.

Businesses are in similar straits.

For employees who aren’t vaccinated or who won’t disclose their status, JPMorgan Chase is banning in-person meetings and business travel, saying that “clients are increasingly asking us to ensure meetings are restricted to vaccinated employees.”

And none of this provides much of a roadmap to the return to office life that we thought would already have happened. Fidelity Investments, with 52,000 employees, is one example of a popular approach these days.

Fidelity has left the decision to its employees. About 12,000 of them have volunteered to go back, but even that segment of 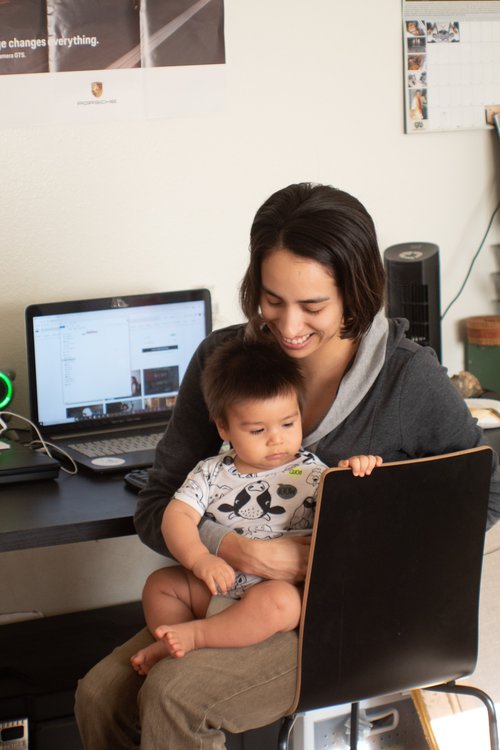 the company’s workforce is opting to split its time between hitting the office and working from home.

And what does Fidelity see going forward? No date has been set for a return, and the company hasn’t yet set target dates for even making a decision.

In other words, even at this late date, we just don’t know when – and maybe if – the return to the office is due. And that uncertainty applies to everyone from the workers who are affected to the people who are well paid to answer the return-to-the-office question to the best public health experts the country has to offer.

Still, I think some things have become clear: First, the future of office work is going to involve a lot more flexibility than we’ve ever seen. Some offices will open entirely. Some will be totally remote. And some will function with some combination of the two.

Second, the best career options will go to the people who are ready, willing, and able to embrace the flexibility, along with the uncertainty that we’ll be living with, whether or not it’s a permanent part of working life. If you can roll with the pandemic punches, your career will benefit.

Third, I’d be remiss if I failed to bring up one major ongoing issue, the vaccine situation.

There are many companies that will insist on vaccination when it comes to hiring and retention, government mandates or not. In addition, the number of companies who prefer the unvaccinated is, at best, vanishingly small.

If only for the sake of your career, and even if we leave your own wellbeing and that of the community out of the equation, get vaccinated. If nothing else, at this point it’s a career essential.

If you need help preparing your reentry (or readjustment) to the Pandemic Workforce, we can assist with a variety of resume, cover letter, and coaching packages.

Leadership in Troubled Covid-19 Times
The Recovery and Its New Job Market
Robots, AI, and Pandemic Recovery: Analyzing your Future in the Changing Job Market
Remote Work, Present and Future
The Pandemic’s Impact on Boomers: A Demographic Crossroad