Robots, AI, and Pandemic Recovery: Analyzing your Future in the Changing Job Market 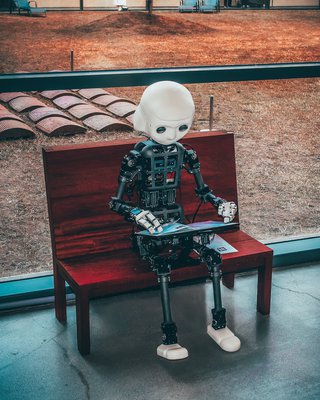 If you’d had a reasonably accurate crystal ball at the start of the Covid pandemic, you might have been able to foresee some things:

- that people would end up wearing masks in a variety of situations,

- that some businesses would be hard hit because they relied on close personal contact,

- that there would be a race to develop effective vaccines,

- and that the economy might take some time to recover from whatever damage it had suffered.

But at least two things have taken most people by surprise, and that includes those people with decent crystal balls.

The first unexpected development, one that I’ve written about before, is that employers would have a surprisingly hard time filling many of the jobs that had been left vacant because of Covid.

The second surprise is the story of what the pandemic has done to encourage the rise in robotics and artificial intelligence. To be sure, that’s hardly a new phenomenon, but the pandemic-driven rise of the robots in particular is bringing them to new industries in new ways.

The consequences will be far-reaching.

For one thing, the rising wages and staff shortages have encouraged employers to look at automating service sector jobs. In the recent past, pre-pandemic, it was the manufacturing sector that leapt to embrace robotics, and service sector jobs were spared because the personal touch was assumed to be critical to keeping customers happy.

Maybe that assumption was misguided from the start and the service sector was always vulnerable, but whether that’s true or not, the pandemic has seen the robots migrate from the factory floor to kitchens, supermarkets, warehouses, and hospitals.

Perhaps the pandemic made the robot advantage more obvious. They don’t call in sick. They don’t get sick. They won’t quit in the face of a vaccine mandate or because they’re worried about risks of exposure at work. They don’t have child-care emergencies that keep them at home.

Meanwhile, the robots are getting smarter and better, so they’re able to take on more jobs than ever.

In a 2020 survey by the World Economic Forum, 43 percent of companies said they intended to reduce their workforces by adopting new technology, while investment in equipment by businesses grew 26 percent since last year’s second quarter, a much higher growth rate than the overall economy managed.

And it’s not just the robots that are coming. It’s AI in a more general sense. Starbucks’ inventory tracking has been 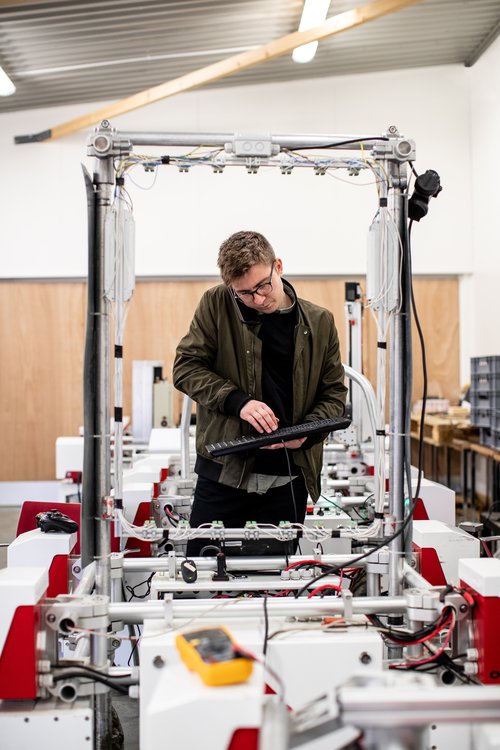 increasingly automated, and it’s a trend that’s likely to spread.

The strong hiring rate that’s taking place now may be camouflaging some of what’s happening. In the U.S., the reality is that some 5.3 million jobs are missing from what the country had to offer back in February of 2020.

According to one estimate, from Oxford Economics, about 40 percent of those missing jobs, in manufacturing, retail sales, and food preparation, are vulnerable to being automated right out of existence.

According to other research, this time from the Universities of Zurich and British Columbia, the jobless recoveries of the last 35 years, the ones we’re not experiencing at the moment, were the result of losing jobs to automation.

The economy may hum along, but the workforce may still suffer.

There’s no certainty about what this means for the big picture of our future. Some economists see increased automation as pushing workers into higher skilled and higher paying jobs; others predict the exact opposite, with workers in the middle of the skills hierarchy pushed into lower skilled jobs with lower pay.

But it’s a lot clearer about what it means for us as individuals with individual careers. The one certainty is the fact that the worst career strategy is a passive one, the one that leaves you at the mercy of whichever prediction ultimately comes to pass.

You may not be able to predict the future, but that shouldn’t stop you from sitting down and taking a clear-eyed look at what you can do to improve matters, no matter what that entails.

It could be additional training in your current field, or it could mean exploring a field that’s new to you. It could mean evaluating your skills and experience so that you can explore a different path if that path seems promising.

All of that advice takes just a few words to give, but the task itself is not a small one. It can be daunting, and that needs to be acknowledged from the start. And if you need help working your way through it, don’t hesitate to get that help.

Help is out there, and it can save you enormous amounts of time and effort, opening doors you might have thought couldn’t be opened and avoiding some of the roadblocks you might not have gotten past on your own, no crystal ball required.

We don't have a crystal ball, but Shimmering Careers does offer a variety of help, from resumes and cover letters to full-service career coaching packages.

The Pandemic’s Impact on Boomers: A Demographic Crossroad
The Recovery and Its New Job Market
Remote Work, Present and Future
Despite a pandemic-riddled economy, many companies are hiring
Job Searching in the Time of Covid-19