A Very Brief History of the Job Interview: The Modern Era 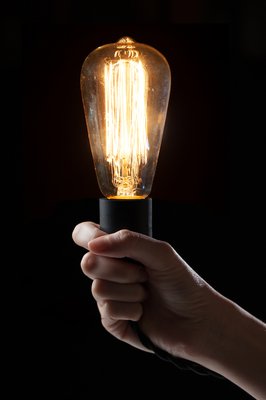 Each time you interview for a job, you should learn something new that will help you improve your interviewing skills. As Thomas Edison said, “The most certain way to succeed is always to try just one more time.”

The change wrought by the Industrial Revolution at the beginning of the 19th century was not something that improved conditions immediately for all. On one hand, the factories needed workers, and people wanted jobs. They migrated to the cities for jobs that paid better than farm laboring; and the jobs were, indeed, waiting for them. On the other hand, this was the era of the seven-day workweek, of child labor, and of the prohibition of unions. Work may not have been hard to come by; but working conditions could be difficult to survive.

As time went by, working conditions improved. But even in 1900, employers could be heard muttering a familiar complaint: The workers were not all they could be. They lacked knowledge and skills. They were a rather disappointing lot.

One man who shared this view was Thomas Edison, a man who could serve as an embodiment of the Industrial Revolution. He was churning out inventions, but he had a problem. His employees, though college educated, were not living up to the standards he set. In other words, they did not know as much as Edison himself did.

If Edison could not count on the mere possession of a college degree to guarantee that an employee met his standards, he needed another way to decide among applicants. To that end, he devised what many have called the first modern job interview, a test consisting of 150 questions, some tailored to the specific role the applicant hoped to fill, others asked of everyone.

As part of its Edison National Historical Park website, the National Park Service lets you put yourself in the shoes of one of Edison’s applicants and answer the questions yourself. It advises you to think as if you are taking the test in 1921. Among the general questions:

If you were a specialist, you might be asked something different. Edison asked cabinetmakers what country mahogany came from and, perhaps having a certain carpenter in mind, the identity of the emperor of Rome at the time of Christ’s birth. Logically enough, masons had to compute the cubic yards of concrete in a wall of a certain size, but they were also asked to name Lincoln’s assassin, a question that bears no obvious relation to the mason’s trade.

The test was something of a sensation in its day, and, just as today’s Google and Microsoft questions are badly kept secrets, the Edison test found its way into newspapers after test takers leaked the questions. As a result, Edison had to repeatedly revise his questionnaire.

An applicant had to score at least 90 percent to pass the test. Of 718 test takers, only 10 percent received passing grades. What did it mean? It meant something to its creator, at least. “Only 2 percent of the people think, as I gather from my questionnaire,” Edison said.

The real question, though, was whether the test was a good tool for its purpose. Apparently, Edison’s son Theodore, then a student at MIT, couldn’t manage a passing grade. Albert Einstein, according to the National Park Service, was another failure. Today, the use of the test is explained by Edison’s need for well-rounded collaborators, not narrow specialists, and by the supposition that the test was a mirror of Edison’s own eclectic mind. 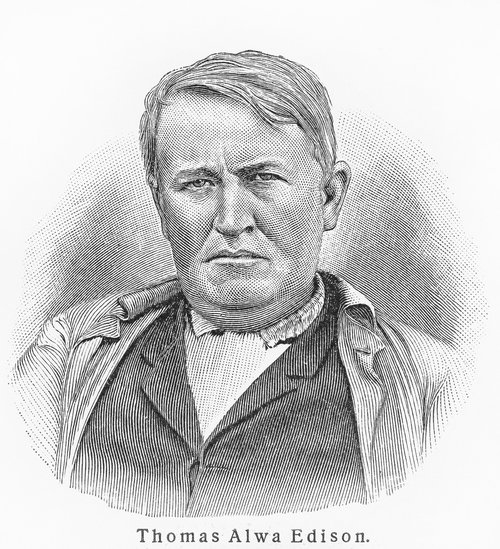 famous, but it was not the first test that Edison devised for prospective employees. In 1883, for example, he had 92 questions that were asked of central station engineers, who helped bring electricity into broad commercial use for the first time.

Those questions were highly technical and quite specific—for instance, “How much zinc is removed and deposited in one minute by an ampere of current?” For those questions, he solicited input from various associates, his “boys,” and asked them to provide as many different answers as possible before subjecting outsiders to the test. This kind of examination is almost exactly analogous to today’s interviews that require applicants to demonstrate an actual job-specific knowledge or skill.

Although he did not leave us much evidence of his motives, Edison must have felt that the new, more general test told him something that the technical test did not. Perhaps the test made sense because a job with Edison required a great deal of collaboration and a multidisciplinary approach. He was looking for employees who could see beyond a particular technical specialty. The broad range of Edison’s many inventions seems to give that explanation some credibility.

Edison’s test was enough of a phenomenon to inspire imitators, and other businesses followed in the great man’s footsteps, just as companies today follow the lead of successful organizations.

If you need assistance preparing for an interview, or an experienced resume writer and career coach to help you advance to the next level, I can help you craft a game plan and a resume to get you to your goal.

Put Yourself in the Interviewer's Shoes
Research Preparation Before Job Search And Job Interviews
Thanks from the Start
Job Interview Tip: How to Achieve Success in a Panel Interview
The Best Way to Follow Up After the Job Interview