Sell Me This Pen: How to answer the key sales job interview question 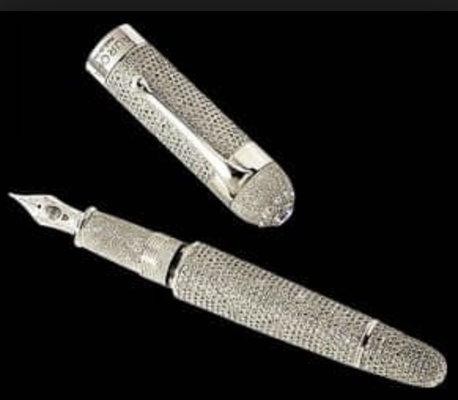 Sell me this pen.

If you’re in sales, that’s the task you’re likely to be given in a job interview. Sooner or later, an interviewer will reach into his pocket, pull out a pen and ask you to hit him with your very best pitch - "sell me this pen".

It’s a task that achieved some fame when it appeared in “The Wolf of Wall Street,” with Leonardo DiCaprio playing the role of Jordan Belfort, a notoriously crooked stock broker. In the film, DiCaprio asks a group of friends he’s recruiting as salesmen for his boiler-room operation to sell him a pen he takes from his pocket. One recruit nails it – supposedly – by taking the pen and asking DiCaprio to sign his name. When DiCaprio can’t sign without the pen, the salesman wins, with the sale somehow driven by “supply and demand” or some form of “urgency.” 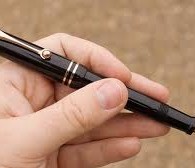 At least that’s the Hollywood version.

When asked about the pen, the real-life Belfort says the movie gets it all wrong. The question is actually a trap, and it lets Belfort tell the rookies from the real sales stars.

The novice makes it all about the pen. The pen writes under water and upside-down. It’s available in the same colors Da Vinci used to paint the “Mona Lisa.” If you misplace it, it will sprout legs and find its way back to you like a faithful dog crossing mountains and rivers to find its master.

Plus, it's mightier than the sword!

In other words, the novice talks about the pen. He concentrates on its features or, if he’s a bit more polished, on the presumed benefits of owning this miraculous pen.

The seasoned professional knows better. He knows that it’s not about the pen at all. Instead, it’s about the customer, because you can’t sell the pen – you can’t sell anything – unless and until you know whom you’re selling it to.

The best approach, then, starts with questions, not statements. When do you use a pen? What do you use it for? Do you use it for jotting quick notes on the fly or for signing important documents? How long have you been in the market for a pen? When did you last use one?

Once you have answers to those questions, you can start to position what you’re selling so that it fits your customer’s needs. Without those answers, you’re whistling in the dark, selling features that don’t matter and benefits that don’t apply.

When asked to sell the pen, forget the pen. It makes no difference what’s for sale. The principle is always the same.

What matters is the customer.If you remember to put your efforts into knowing the person on the other side of the desk, you’ll sell a lot more pens, and it’s not just about the job interview. You’ll also sell a lot more cars or houses or widgets or gizmos, and you'll sell them anywhere you’re trying to make a sale.

You can learn lifelong interview skills like this to ensure you stay poised under pressure, turn interviews into your advantage and answer any question thrown at you. We provide Job Interview Coaching for Entry-Level Graduates, Professionals and Executives so you are prepared and confident, proving you are the best candidate for the job.