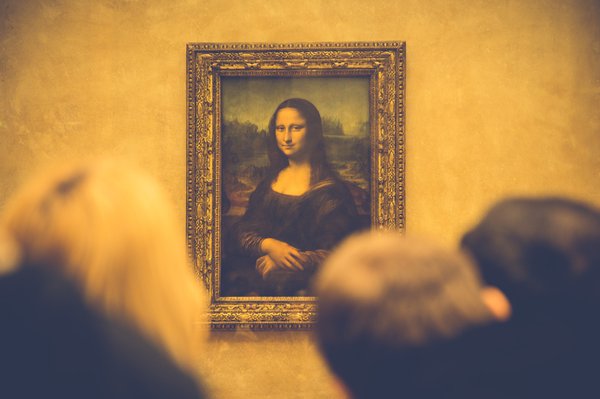 At first glance, an engineer in the job market looks like a fish out of water. After all, the job market is all about selling – selling yourself to prospective employers – and that’s not a conventional engineering strength. Sales skills aren’t part of the engineering curriculum. As a result, are engineers at a distinct disadvantage?

A closer look shows something different. Job search success actually requires all kinds of skills, including the skills we associate with engineers, and it accommodates a variety of mindsets, including the engineering mindset. Engineers come to the job search armed with plenty of tools, and they share a way of thinking that is absolutely ready for the search. The issue, as always, is how those things are put to use.

Leonardo and Bill:Tools of the Job Search

The engineering frame of mind is analytical, objective and rational. It leans toward the quantitative. It values empiricism. It knows how to work with systems and with rules. That mindset has a definite place in the search, and you can see it operate in the careers of engineers as different as Leonardo da Vinci and Bill da Redmond.

In the early days of Microsoft, Bill Gates showed the empiricism, adaptability, and pragmatism associated with the engineering mind. It showed itself in small things like his willingness to pull up stakes and move the company out of Albuquerque when he had trouble recruiting programmers. It was even more evident in what turned out to be one of his earliest triumphs, the decision many people credit for Microsoft’s ultimate success.

Microsoft was originally focused on BASIC, and the company was selling software to a variety of industry and individual buyers. It was simultaneously developing its first piece of hardware, the SoftCard, a device for an early personal computer, the Apple II. A bit later, it licensed a version of UNIX from AT&T and sold it through various OEMs. In other words, it was having some success, especially with its UNIX sales, but it had fingers in many pots. It lacked real focus.

Things changed when IBM needed an operating system for its PCs. Microsoft stepped in when IBM’s negotiations with its first choice, Digital Research, fell apart, and it won the contract despite the fact the Microsoft had no operating system to sell. Not a company to let such a small detail get in the way, Microsoft went out and bought someone else’s operating system. That system, PC DOS, was a hit, and that should have come as no surprise. The machine itself was a hit, and there was only one company providing software for it. That company’s name was Microsoft.

Within a year or two, Microsoft was almost completely out of the UNIX market. Its energies were highly concentrated. The company could have continued to spread itself a little thinner, but that would have greatly reduced its impact. Hitching Microsoft’s wagon to IBM’s star was the right move.

The lesson is simple: Save your energy for things that matter. Figure out where your efforts are being rewarded and where they’re not. Allocate your time accordingly. Focus on the tasks that get results.

That lesson applies to the job search. If you’re sending hundreds of resumes out to online postings and getting nothing back, move on. You can find a better use for your time. If, however, you’ve spoken to a few contacts and scored an informational interview, shift your focus. Start putting more of your eggs into that basket. To focus your job search on more productive options, you first have to do the groundwork. You have to keep track, assess outcomes, analyze results, and adopt new strategies when needed. At heart, those are engineering skills.

Hundreds of years before Bill Gates, Leonardo was an engineer and, of course, a lot more, but he wasn’t always seen as the genius we remember today. Like the rest of us, he sometimes had to look for work.

In 1482, when he was 30, Leonardo petitioned the Duke of Milan for employment, sending him a document that looks very much like a resume. It described all the things Leonardo was ready, willing and able to do.

Leonardo could build mortars, chariots, and catapults. He could wage war on land or at sea. If you needed a bridge built, he’d do it. If you needed your enemy’s bridge destroyed, he’d do that with equal relish. Should you decide to take a break from endlessly waging war, he’d provide “perfect satisfaction” as an architect or civil engineer. And, by the way, should anyone survive all the bombardment, he’d paint and sculpt. In fact, dear Duke, he’d love to help you memorialize your illustrious father if you’re so inclined.

Who is a resume about?

It’s a long list, but it’s as interesting for what it omits as for what it includes. Leonardo didn’t just reel off every skill he 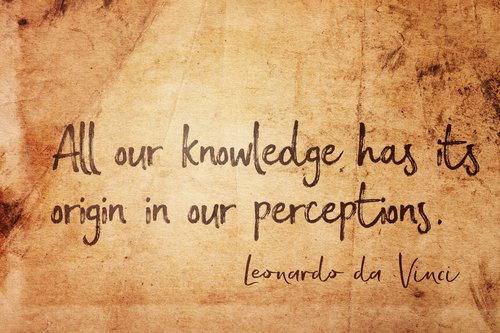 possessed. He had many accomplishments that didn’t make the cut, but their omission was no accident. Leonardo had looked carefully at the project in front of him. He’d analyzed what the Duke needed, and he had matched his accomplishments to those needs. Everything on the list was something the Duke would immediately appreciate. Everything was of obvious benefit.

In the end, the resume wasn’t really about Leonardo at all. It was about the Duke.

That’s one of the keys to a great resume. It should be the result of a careful analysis of what matters to the employer, and it should highlight the skills and accomplishment that the employer will immediately see as beneficial to him.

You must have a plan

That approach certainly calls for the objective, analytical, and rational frame of mind that’s part of being an engineer. It’s an approach that adapts itself to the system in which it’s operating, and the job market is, if nothing else, a system, one that operates according to a set of rules.

To do the job search well, then, applicants have to analyze that system. They have to know the rules. They have to track results and focus on the tasks with the highest potential yields. They must adapt, prioritizing the right actions and cold-heartedly discarding the things that don’t work, realizing that the search is filled with time-wasting dead ends that seemed promising at first.

All of us have to remain objective through it all. You have to have a plan. You have to act on it. This sounds like a job for an engineer.

If you are an engineer (or even if you're not), Paul can help you craft an actionable job search plan and a resume to match.

Paul Freiberger, President of Shimmering Careers, is co-author with Michael Swaine of Fire in the Valley: The Birth and Death of the Personal Computer (The Pragmatic Programmers, LLC, 2014), which was the basis of the movie, The Pirates of Silicon Valley.

Research Preparation Before Job Search And Job Interviews
Quick Quitting: A Profitable Choice or a Red Flag for Hiring Managers?
Time to Polish Your Cloud Skills for Today’s Job Market
Coping with Job Search Exhaustion
The Best Way to Follow Up After the Job Interview