Quick Quitting: A Profitable Choice or a Red Flag for Hiring Managers? 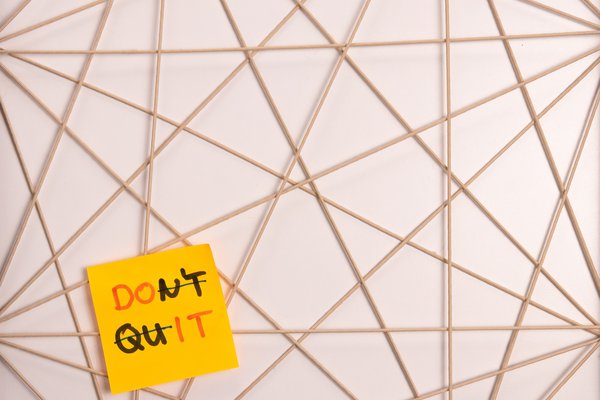 Quitting is in the news this year. All kinds of quitting.

First there was quiet quitting. This refers to people who don’t actually quit per se, but who are working strictly to the terms of whatever deal they agreed to.

They do their jobs, but they don’t go above or beyond. No more extra hours. No more working on the weekend. No more being available 24/7. It’s about doing the minimum job requirements and trying to achieve a better work-life balance by giving less to the “work” part of the equation.

Now we have “quick quitting.” Really, it’s not new but it’s making news.

Quick quitting simply refers to the notion of leaving a job relatively soon after you were hired. What’s striking now is that the number of people willing to walk away early seems to be rising.

A study from LinkedIn looked at “STR” or short tenure rate, which measures that proportion of employees who head out the door by the end of their first year’s employment, shows that STR has been consistently rising for several years, and that as of March of 2022, the year-over-year STR rate had increased 9.7 percent.

That rate is not uniform across industries, and the reason for the increase is not well understood.

It certainly has something to do with a strong employment market that makes it relatively easy to get hired even after a quick quit. It may also have to do with changing mindsets as a result of the Covid pandemic, in that people became more interested in having a life outside of work and increasingly attuned to the notion that life is indeed short. As the old adage says, “On their deathbeds, no one regrets spending too little time at the office.” 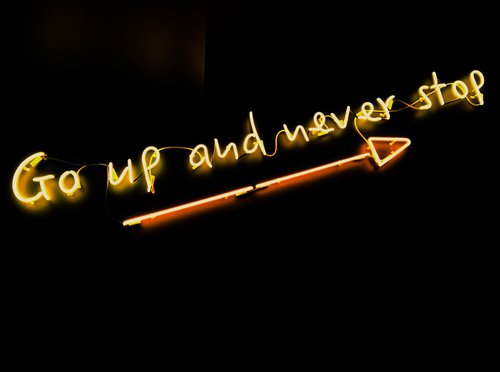 Is there a positive side of quick quitting for the quitters? It’s not out of the question for some. As a recent Forbes article put it, “They earn more money with each job switch, build more extensive networks and learn new skills… You can greatly increase your compensation by intelligently seeking new opportunities and upsizing your job.”

That’s certainly true for those with exactly the right skills in the precisely the right field. But I recommend that most of us consider taking a more cautious approach for the sake of your career as a whole.

I’m not so sure that the positive side of quick quitting is the side that mostly rules the day.

One of the first things that pops out to the resume reviewer is the general pattern: whether you’ve committed to a role in an organization or whether you’ve hopped from job to job to such an extent that you seem to have a problem staying put for any meaningful length of time.

That’s a red flag to a lot of employers, who put a lot of time and money into recruiting and training new recruits. You may not be terribly sympathetic to their plight, but it’s a cost that’s very much on the minds of the folks who are charged with attracting and hiring new personnel.

At the very least, then, be aware of how it looks to the people who are making the hiring decisions, and understand that it’s an issue that will inevitably arise at some point in the hiring process.

In particular, be ready to explain things in an interview. Your resume will speak for itself when it comes to laying out your history, whether it includes short tenures or not, but the interview will give you the chance to elaborate on the reasons behind that history. Those reasons can include more responsibility, greater challenges, better pay, or all sorts of perfectly justified motivations.

One thing to stay away from in telling your story, however, is anything that smacks of bad-mouthing former employers or colleagues, even if your attitude is, to you, 100 percent correct. It’s not something that ever sits well with a potential new employer, who can’t help but foresee the same thing happening if you come on board. 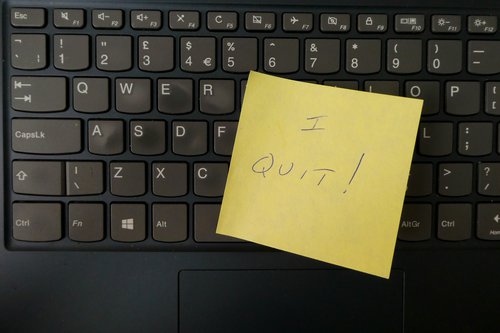 The bottom line: Quit quickly if you must, but understand that it may raise questions down the line, and be prepared to answer those questions, as fully and honestly as you can, when they’re asked. And they will be asked.

In today’s job market, we can now add quiet quitting and quick quitting to that market’s vocabulary – and for all we know, they’re soon to be followed by querulous quitting or quixotic quitting or, for the truly advanced, quantum quitting.

For the moment, however you’re tempted to quit, simply be aware that your decision has ramifications for your career as a whole, even if your personal strategy doesn’t yet qualify as a buzzword or a meme.

Whatever your personal strategy, we can help you polish it to achieve your next great position, whether you're in need of a new resume, cover letter, or just fantastic job search and career coaching.

The Best Way to Follow Up After the Job Interview
Time to Polish Your Cloud Skills for Today’s Job Market
Research Preparation Before Job Search And Job Interviews
Information Station
The Pandemic’s Impact on Boomers: A Demographic Crossroad