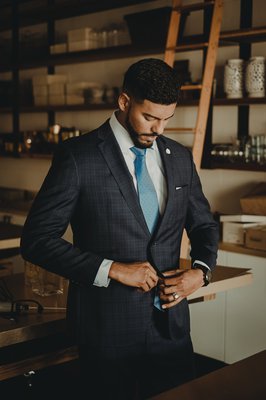 It’s now going on six months since offices around the country were suddenly depopulated, and the end is not exactly in sight even now.

And, of course, you don’t need to dress for the office when the office is closed and the only meetings you’re attending happen on the virtual plane. On Zoom, for example, the dress code covers you solely from the waist up. Past that, you’re on your own.

With office life on hold, we’re starting to see some fallout among businesses that had specialized in clothing that is office-ready at a time when the offices themselves aren’t people-ready. It started with the bankruptcy filings of business-casual specialist J. Crew, then J.C. Penney and, after that, the sinking of that stalwart of the more-than-casual, Brooks Brothers. And there’s more, reaching even into the planned closure of some Ann Taylor stores and yet another recent bankruptcy filing of a storied retail name, this time Lord & Taylor.

And there may be more to come, but all of that recent bad news reflects the continuation of a trend that started long before the pandemic. Coronavirus may have accelerated a trend, but it didn’t start it.

The decline of formal dress began well more than a generation ago, and its first victim was men’s headgear. On the campaign trail, JFK eschewed hats. Men thought that was a good idea. They followed suit, and the nation’s hatters have never been the same. Kennedy’s stylish wife held on to her signature pillbox hats, the rules for women being perhaps a little more strict than the rules for men, but, even so, it was not long before very few of us felt underdressed if we left the house bareheaded.

And after hats came the deluge. Even as hats fell out of favor, men wore suits and ties when they left the house as a matter of course. Women wore dresses and hats. And they dressed that way for occasions, everything from ball games to airplane flights, that we’d attend today in t-shirts and sweatpants.

In keeping with the trend away from those habits over succeeding decades, office wear became increasingly informal, 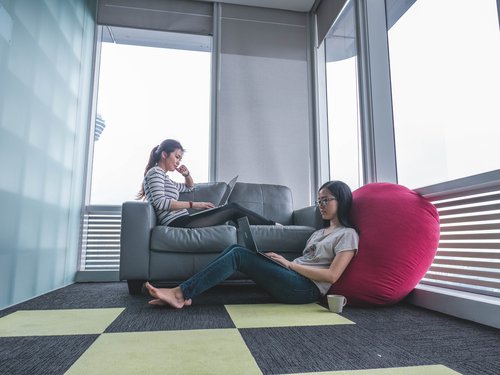 too, though it was always distinguished by a style of dress that was at least marginally more formal than what you’d consider wearing to bed. There were still limits. Even “casual Fridays” had their office-casual boundaries, and while the overwhelming trend was increasingly casual, some workplace cultures – banking and law, for example – demanded a more formal look, up to and including suits and ties, even in 2020.

Still, though, the trend was firmly in place, cemented perhaps by the propensity of the movers and shakers of Silicon Valley to treat anything beyond a polo shirt or turtleneck as a step too far, a style that percolated throughout the business world. If you saw someone in a suit and tie, even before Covid-19, it was just as likely that you’d assume they were going to a funeral and not heading off to an ordinary day at the office.

At some point, offices will come back to life. What then?

Even with formality in a protracted slump, and even in informal workplaces, there still was a distinction between the outfits we’d wear around the office and the ones we’d wear around the house. Will we continue to honor that distinction and head back to the office in the corporate uniform, or have we come too far, so comfortable with dressing down that we’ll have trouble changing course?

The answer is far from clear.

According to an utterly unscientific and non-random poll I conducted with people who happened to cross my path recently, no one knows, but there are two schools of thought.

One is that the Zoom wardrobe will prevail. We’re used to seeing each other in our native habitats, and we won’t see much need to dress up for a day at work.

The other, though, is that people are in a place where they want to put the pandemic behind them and “dress for success” again. Maybe dressing up is a way to underline our accomplishment if and when we beat this thing, and a way to put all the unpleasantness firmly in the rear-view mirror. Something that hadn’t occurred to me, and that might have some effect, is that there’s a significant element who invested in some new outfits that they never got a chance to wear. They’ll be breaking those out of the closet at the earliest opportunity.

And what of those people who find themselves in the job market? How do you dress for the interview?

That’s one place where the rules haven’t really changed. Dress for the job you want, but err on the side of formality. In other words, consider the look of the people who already have the job you want. Take that as your guide and, when in doubt, dress a little more formally than they do. You don’t want to wear a suit and tie if the company is all about shorts and flip-flops, but you shouldn’t go full beach-bum. Neat, clean and well groomed, with chinos and a collared shirt, is

always a safe bet, whether your interview is virtual or live.

And, whatever else, you can certainly leave the fedora at home.

But don’t forget your mask.

I (don’t) Have a Dream (job)
How to Succeed in Your New Job: Group Anthropology Matters
How to Take the Giant Step in Your Career May Surprise You
Yes, There are Benefits While Working or Job Searching from Home
How to Compensate for Job Hopping with the Right Resume