How to Compensate for Job Hopping with the Right Resume

Job hopping has often gotten a bad rap. But recent economic and social trends indicate that job-hopping is not going away. You need to know how to improve your resume to overcome concerns.

The average tenure for a job has been getting shorter and shorter. Last year, employees quit their jobs with more frequency than ever before, according to data from the U.S. Bureau of Labor Statistics.

The BLS started calculating the so-called “quits rate” in 2000 and this rate has been steadily increasing. Millennials are the group most likely to leave a job voluntarily and many depart within the first 12 months of getting hired.

Money is often the reason that employees leave their job sooner and their resulting increase in salaries in a new job provides evidence that this decision can make sense.

Nevertheless, frequent moves from job to job do make hiring managers nervous. If you’re hired, with all the training and recruitment expenses that entails, will you stick? As a job seeker there are actions you can take to allay concerns. Here’s how:

Application forms are a different matter, since some require you to list every one of those jobs, but a resume is a marketing piece, not an affidavit. You’re entitled to omit irrelevancies. 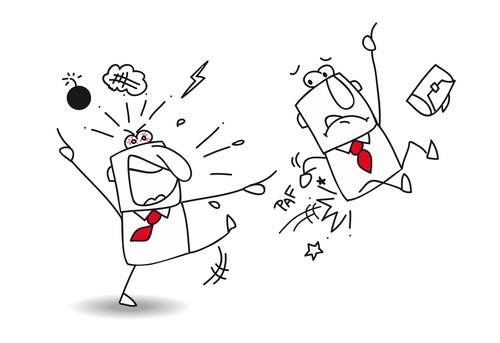 Don’t, however, base your explanation on a litany of your employers’ faults. Bad-mouthing and negativity never go over well, regardless of how bad things were. Stay positive. Emphasize your skills and accomplishments as you do on your resume.

How to Write a McKinsey Resume
Hurdling a Major Career Roadblock:
Who Moved Your Parachute? Job Search Advice from the Trenches
Basic Tips for Writing and Editing Your Resume
Best Practice in the Job Search: The Essence of Your Resume