When is the time to speak up to the boss? 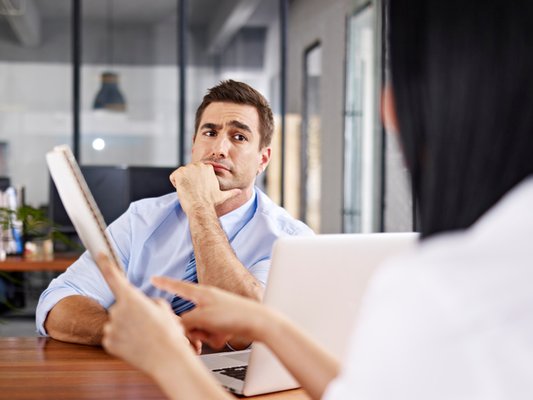 You know that your boss isn't 100 percent correct 100 percent of the time. But how do you let the boss know he made a mistake, without harming your standing at the company.

Case in point: Netflix alienated customers and investors with decisions to increase prices a couple of years ago. CEO Reed Hastings tried to calm the anger of customers who have been abandoning the service. But could trouble have been avoided? What if some of Netflix employees had stood up and told Hastings that he was wrong?

First and foremost, choose your battles. On matters that are insignificant or inconsequential, it's probably best to let it go.

Repeatedly criticize your supervisor on every issue and you'll quickly earn a reputation as a complainer and you'll ultimately lose credibility.

The key is to weigh the mistake against the severity of the potential consequences. If your boss's mistake isn't likely to be problematic, than forget it and move on.

There will be times, however, when you find there's need to speak up and correct a mistake. At Netflix that time may have been when Mr. Hastings decided to raise prices. Author and chemist Orlando Battista was right when he said, "An error doesn't become a mistake until you refuse to correct it."

When a time presents itself, remember that it's far less about what you say and far more about how you say it. How you approach your boss will go a long way towards whether or not you succeed. Be respectful and polite. If you're going to point out a problem, be prepared to offer a solution. Anticipate that the first response will be, “What is your better idea?”

Warning your boss about a potential mistake actually presents an opportunity to show your loyalty to your company. Demonstrate that you're a team player and that you are simply trying to do what you believe is best.

"You must be interested in finding the best way, not in having your own way," said the great basketball coach, John Wooden. Remember that the ultimate goal is to do what's in the best interest of the company. With the right approach, a measured and reasonable disagreement may put you on a path toward greater success.

Of course, it’s always possible your boss will make the wrong decision just the same.

Yes, There are Benefits While Working or Job Searching from Home
How to Succeed in Your New Job: Group Anthropology Matters
An Offer You Can’t Refuse: Paying it Forward
Tips to Cook Up Your Recipe for Dramatic Career Change
Tips for Mastering Career Change