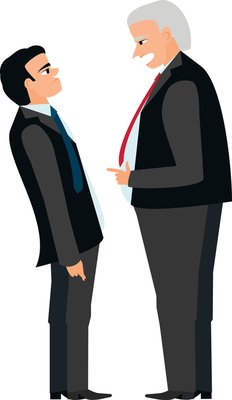 Mistakes in the Executive Interview

In many ways, mistakes made in the executive interview continue the theme established by mistakes in the resume. The common denominator is the sense among many executives that, to put it bluntly, they’re above all this. Their accomplishments should speak for themselves. Given their successful careers, they shouldn’t have to prove themselves in the same way that junior applicants must do.

Pride, however, regardless of how justified it may be, does go before a fall. We’ve seen too many instances of executives who missed out on opportunities because they thought they’d already proven themselves as much as they needed to and that interviewers would be bowled over by their mere appearance at the table. It doesn’t quite reach the point at which the whole process is beneath them, but there’s often a hint of that, and a hint is enough to do a lot of damage.

In short, then, executives can’t take the process lightly, and they can do themselves a world of good by avoiding a few key mistakes.

Here’s one that applies across the board. No interviewee is exempt. The single best thing you can do to enhance interview performance at any level is to learn as much as you can about the company you’re interviewing with before the big day. What problems do they face? What challenges lie ahead for both the company and the industry? What major trends are in play? What changes are afoot? What’s been happening at this company right now, and what does that portend for its future?

Armed with this information, you can tailor your performance to hit the notes that are relevant to your interviewers. Without it, you risk missing the entire point of why they’d consider hiring you in the first place. A little research can go a long way toward making you a relevant candidate who understands what’s needed, and it gives you the opportunity to demonstrate how you’d meet those needs.

As an executive, you’re used to discussing business issues on a regular basis, and you may think that the fluency you’ve gained after attending and leading hundreds of meetings is enough. 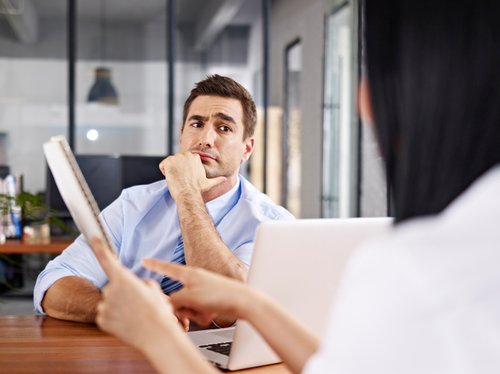 But an interview is a very different beast, and that’s something you don’t want to find out when you first sit down with your actual interviewers. Find someone to work with who’s in tune with current interviewing practices, especially at the executive level, and rehearse. Practice your answers, and, what’s even more important, practice the questions you’ll undoubtedly have the opportunity to ask.

It’s enough to say that we have never found someone who regretted the time spent rehearsing – even if they weren’t entirely convinced of the need initially.

Omitting the stories behind the numbers

Facts and figures are an absolute necessity. Discussions of strategy and tactics are a must. You’re talking business, after all, and those areas have to be addressed.

Consider, though, the increased impact that your statements have if you can tell the story behind the figures and the facts. Stories are the parts of interviews that personalize things, and they’re the ones that people remember when it’s time to rate the candidates.

A smart interviewee will come prepared with good stories about how they handled things regardless of the subject. If you’re a gifted improviser, perhaps you’ll create those stories on the spot, but that gift is exceedingly rare. Instead, arrive armed with stories that relate to what you think your interviewers will ask – and to what the company is all about. Here again, pre-interview rehearsal is your very best friend.

Failing to make your passion obvious

You’ve been in this business for 20 years. Shouldn’t it be obvious that you have some passion for a career that you’ve devoted so much time to?

Interviewers aren’t going to make that assumption. They need to be convinced that there’s energy and commitment behind the competence. Talk about strategies you employ to maintain the high energy the job requires. Talk about the times you went above and beyond.

What matters here is that you do more than claim that you have some abstract passion for the work. Anyone can make that claim. Instead, let concrete examples do your talking.