The First Thirty Seconds of a Job Interview 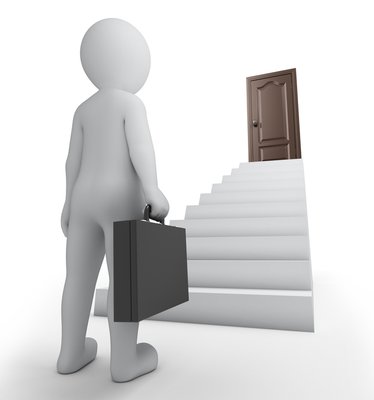 It's highly unlikely that you'll ever walk into a job interview and be given the position after only 30 seconds. While this lightning-in-a-bottle scenario is incredibly unlikely, the truth is that you can easily eliminate any chance of getting a job within that same short amount of time.

The first 30 seconds of a job interview are full of potential deal-breaking hurdles, nearly all of which can be easily leapt over with just a little bit of planning and preparation. While some of these tips may sound a bit obvious, the fact is that each and every day there are applicants who fall by the wayside as a result of not following them.

• Get to your interview on time. In fact, be there early so that you have time to relax, get comfortable in the environment, go to the restroom and truly be as focused as possible when your name gets called. People who barrel into the office with seconds to spare have already started the process off with one foot in the proverbial grave and rarely recover.

• Remember that the 30 second clock starts immediately. Treat everybody you encounter as if they were the on making the final decision, because while you may well end up going on to ace the interview that follows, if the receptionist chimes in that you were rude and abrasive, guess in which pile your resume will end up going.

• Image is everything. Be open. Smile and make eye contact with everyone in the room. Shake hands firmly. Sit with straightened posture and appear confident from the get-go. If you don't believe you're a strong candidate for the job, why should the interviewer? Nothing tells them that you lack confidence more than the body language with which you enter the room.

“The first 30 seconds of a job interview are full

• Dress the part. Even if you're interviewing for a job in an extremely casual environment, you can't expect to wear wrinkled, dirty or torn clothing and expect to be taken seriously. Wear neutral attire suited to a professional environment. You want to be remembered for your skill set, not for the clothes you decided to wear.

• Speak clearly and with enthusiasm. It is fine to be a little bit nervous, but most workplace environments have elements of stress on a daily basis. If you are unable to cope with the pressure of talking about yourself in an ordinary job interview, then how will you ever handle adapting to new and unusual circumstances?

• Prepare an opening remark. Chances are the interviewer will break the ice with a question about the weather or your

trip to the company. Be polite but brief. You want the interview to deal with your qualifications and you don’t have all day. But if you need to, it certainly doesn't hurt to show a little initiative by breaking the ice at the start of the meeting. Chiming in with something like, “How long have you worked here?” will get the conversation rolling, and quickly move the interview past that awkward initial stage.

• Don't let that opening remark turn into a soliloquy. The pitfall that some applicants fall into is that they start talking and never seem to stop. A job interview needs to be a two-way street, and if you don't keep quiet long enough for the person making that hiring decision to get through the questions they have planned, there's no way they'll hire you. If those first 30 seconds are filled with nothing but your voice, you might as well get up and leave.

First impressions last the longest, so make sure that the first 30 seconds of your job interview are filled with nothing but positives to ensure that you don't kill your chances before the first question is even asked.