Managing to Thrive: How Good Management Matters in the Changing Job Market

Has Covid changed things in the job market?

Yes, that market has changed, and on its face, that’s a question that barely needs to be asked. It’s beyond obvious that the job market is different than it was before the pandemic, but I have a slightly different take on the Covid part of the original question, especially when we try to figure out what’s really behind the changes.

To my mind, Covid was a precipitant. Maybe it started the ball rolling. People began to think about what work meant in their lives, they started looking at their employers through fresh eyes, and they began to wonder if there were other, better options out there.

That doesn’t mean that Covid was the main – let alone the sole – factor behind the change in a deeper sense.

In other words, Covid was not so much a cause as a catalyst. Perhaps it was a missing ingredient that triggered something that would have happened anyway, with or without the virus. It’s entirely possible that the employment picture had reached the point where something had to give, and Covid gave it a final push.

In any event, whether catalyst or cause, one thing is abundantly clear: The result has been a job landscape that’s about as strange as anything we’ve seen for most of our working lives.

Even so, that doesn’t mean you can’t find your way through that landscape effectively. Management can act to spare their organizations the worst consequences of today’s almost unprecedented trends, but only if the trends are acknowledged and understood – and so long as it’s understood that the changes aren’t solely about Covid, appearances notwithstanding.

If, as a manager, you find yourself thinking that it’s all about Covid and nothing but Covid, you can miss out on the bigger, truer picture.

First, let’s look at the trends and how very strange they are. It doesn’t take a deep dive into the numbers to get the picture, as even the basics tell a very odd story. 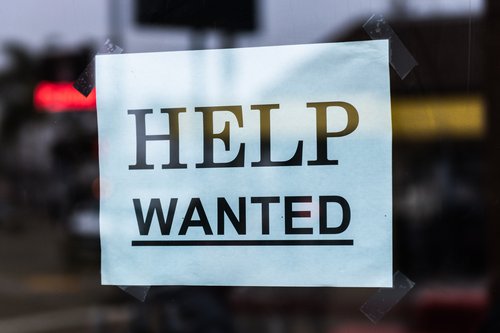 Consider that at one point recently there were more than 10 million job openings in the nation. At the same time, there were 7.7 million people out of work.

Economists have offered an abundance of explanations for the imbalance. Some explanations, like ongoing health concerns and unmanageable child-care situations, are more or less specific to people’s individual situations.

Another explanation is both more general and more difficult to quantify: the possibility that there’s a major reassessment of our career goals and our working lives, a reassessment that was engendered by the pandemic but that may have been bubbling under the surface for a long time, a reassessment of the meaning of work and life and the way we balance those two things.

Consider that during the same period, over 4 million people quit their jobs. And consider that the records being broken month after month had stood for 20 years before Covid reared its ugly head. Consider that since the start of the pandemic, more than 4.3 million people, formerly employed, simply stopped looking for work.

Now, it’s important to note that the availability of help made the decision to quit easier. Help came in the form of supplemental government payments, eviction moratoria, and student-loan repayment pauses, among other things. They all made a difference. And it’s true that all this was most obvious at the low end of the totem pole, where returning to a life of low wages for long hours came to be less and less appealing. That’s no surprise. Long hours and low pay have never been a recipe for robust hiring.

But none of this is exclusive to that low end, and the various programs that were put in place to tide people through the tough times are largely at an end. They ended, despite predictions to the contrary, without triggering a major rush of people heading back to work.

For most experts, this “great reassessment” was seen as a product of the general response to a pandemic. By that logic, had it not been for Covid, we’d be cruising along as we have for years. No pandemic, no change.

But there is another view that’s at least as plausible.

Maybe people had become more and more aware of structural aspects of the labor market that made a major reassessment inevitable: the enormous gap between pay for CEOs and the people who did the work, the increasing difficulty of earning a truly living wage when you weren’t at the top of the food chain, the rising costs of child care, and of the many things that made it possible to get to work in the first place. Some of those factors served to make getting to work a marginal proposition when you looked at the big picture on a purely pragmatic basis.

It took a long time to get to the present state of the labor market, and it won’t change in an instant, but the ongoing changes are real and need to be recognized by employers.

That raises the question of what management can do, as a simple business proposition, to spare their organizations from the worst consequences of today’s trends.

I think the answer lies in something more than offering good pay and humane hours, although I don’t want to minimize the importance of those things.

Good management matters, too, in a more general way. Hearing your employees and responding to their concerns. Taking 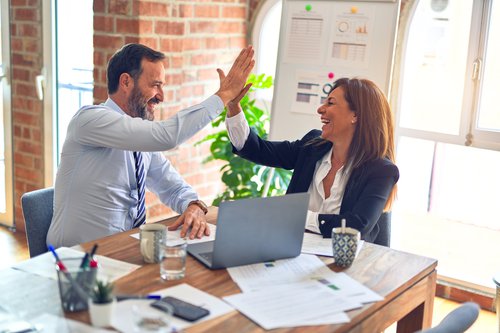 the time to listen to what’s really on their minds, and giving them avenues to communicate those concerns. And doing everything you can to foster a good organizational culture that recognizes and values its human assets.

There’s no better way to increase turnover than to give the impression that upper management is divorced from the working reality of those lower in the hierarchy.

We know that attracting new talent is an expensive proposition. Retaining good talent has been no mean feat these days. Losing people is easier than ever; replacing them is harder. Managers need to look closely at what’s keeping people’s loyalty, and to build on that, because the very things that make people want to stay where they are the things that draw new talent to your organization.

Managers also need to look at what might be driving people away. Sometimes, of course, the answer is simply the money, but that’s not always the case, and it’s often true that the desire for better pay is combined with the desire for a more congenial environment, whether that means an environment that’s more flexible and adaptive or one that pays closer attention to employees’ non-strictly-financial needs.

As a manager, of course, you may not have carte blanche to simply throw money around. So be it, but that limitation makes it all the more important to look closely at issues of management and company culture that affect employee decisions.

If you need help preparing your reentry (or readjustment) to the Pandemic Workforce, we can assist with a variety of resume, cover letter, and coaching packages.

Employee Opportunities for You in the Great Resignation
Getting Off to a Great Start in Your New Job:
Managing Without Authority: Becoming a Manager without the Manager Title
6 Things You Should Do On the First Day of A New Job (and Every Day After That)
The Best Professional Resumes Include Mentoring as a Core Skill